Example of Regional Ads for Minnesota

This what your Minnesota ad will look like to visitors! Of course you will want to use keywords and ad targeting to get the most out of your ad campaign! So purchase an ad space today before there all gone!

Minnesota is a state in the Midwestern United States. Minnesota was admitted as the 32nd state on May 11, 1858, created from the eastern half of the Minnesota Territory and part of the Wisconsin Territory.

Do you live in Minnesota? If you have a blog, business website or company website be the first to submit it to the free blog directory. Submit Today!.

Before and After Baby

Our journey from planning, to trying, to having a baby, and the adventures after. Just another blogger blogging her opinions. Reviews and giveaways!read more

Be inspired to embrace the vintage life and discover cool and fun clothes and collectibles. Learn about recent discoveries from our estate sale escapades and other topics of interest to treasure hunters and serious collectors.read more

MINNEAPOLIS (AP) — Two people have died and two others have been wounded in two separate homicides in south Minneapolis.

Police say the homicides happened within a 3-hour period Thursday beginning about 4 p.m. when officers were called to a multiunit residence and found a man suffering from stab wounds. He died at the scene.

Investigators believe the man’s death stemmed from a domestic dispute. There is no word on any arrests.

And, shortly before 7 p.m. officers responded to a report of gunfire near East Phillips Park. There they found three men on a sidewalk suffering from gunshot wounds. One man died at the scene.

Mankato police are investigating the death of a 21-year-old man. The man’s body was discovered by an

Mankato police are investigating the death of a 21-year-old man.

The man’s body was discovered by an acquaintance at a residence on the 300 block of Hilton Dr  Wednesday night.

Police believe there is no threat to the public.

The man’s body was transported to the Ramsey County Medical Examiner for autopsy, and the death remains under investigation.

The Iraqi militia official told The Associated Press that the strikes against the Kataeb Hezbollah, or Hezbollah

The Iraqi militia official told The Associated Press that the strikes against the Kataeb Hezbollah, or Hezbollah Brigades, hit an area along the border between the Syrian site of Boukamal facing Qaim on the Iraqi side. He spoke on condition of anonymity because he was not authorized to speak of the attack. Syria war monitoring groups said the strikes hit trucks moving weapons to a base for Iranian-backed militias in Boukamal.

“I’m confident in the target that we went after, we know what we hit,” Defense Secretary Lloyd Austin told reporters flying with him from California to Washington, shortly after the airstrikes which were carried out Thursday evening Eastern Standard Time.

The airstrike was the first military action undertaken by the Biden administration, which in its first weeks has emphasized its intent to put more focus on the challenges posed by China, even as Mideast threats persist. Biden’s decision to attack in Syria did not appear to signal an intention to widen U.S. military involvement in the region but rather to demonstrate a will to defend U.S. troops in Iraq.

The U.S. has in the past targeted facilities in Syria belonging to Kataeb Hezbollah, which it has blamed for numerous attacks targeting U.S. personnel and interests in Iraq. The Iraqi Kataeb is separate from the Lebanese Hezbollah movement.

The Syrian Observatory for Human Rights, a Britain-based group that monitors the war in Syria, said the strikes targeted a shipment of weapons that were being taken by trucks entering Syrian territories from Iraq. The group said 22 fighters from the Popular Mobilization Forces, an Iraqi umbrella group of mostly Shiite paramilitaries that includes Kataeb Hezbollah, were killed. The report could not be independently verified.

Defense Secretary Austin said he was “confident” the U.S. had hit back at the “the same Shia militants that conducted the strikes,” referring to a Feb. 15 rocket attack in northern Iraq that killed one civilian contractor and wounded a U.S. service member and other coalition personnel.

Austin said he had recommended the action to President Joe Biden.

Further details were not immediately available.

Mary Ellen O’Connell, a professor at Notre Dame Law School, criticized the U.S. attack as a violation of international law.

“The United Nations Charter makes absolutely clear that the use of military force on the territory of a foreign sovereign state is lawful only in response to an armed attack on the defending state for which the target state is responsible,” she said. “None of those elements is met in the Syria strike.”

Biden administration officials condemned the Feb. 15 rocket attack near the city of Irbil in Iraq’s semi-autonomous Kurdish-run region, but as recently as this week officials indicated they had not determined for certain who carried it out. Officials have noted that in the past, Iranian-backed Shiite militia groups have been responsible for numerous rocket attacks that targeted U.S. personnel or facilities in Iraq.

Kirby had said Tuesday that Iraq is in charge of investigating the Feb. 15 attack. He added that U.S. officials were not then able to give a “certain attribution as to who was behind these attacks.”

A little-known Shiite militant group calling itself Saraya Alwiya al-Dam, Arabic for Guardians of Blood Brigade, claimed responsibility for the Feb. 15 attack. A week later, a rocket attack in Baghdad’s Green Zone appeared to target the U.S. Embassy compound, but no one was hurt.

Iran this week said it has no links to the Guardians of Blood Brigade. Iran-backed groups have splintered significantly since the U.S.-directed strike that killed Iranian Gen. Qassem Soleimani and Iraqi militia leader Abu Mahdi al-Muhandis in Baghdad more than a year ago. Both were key in commanding and controlling a wide array of Iran-backed groups operating in Iraq.

Since their deaths, the militias have become increasingly unruly. Some analysts argue the armed groups have splintered as a tactic to claim attacks under different names to mask their involvement.

The frequency of attacks by Shiite militia groups against U.S. targets in Iraq diminished late last year ahead of Biden’s inauguration.

The U.S. under the previous Trump administration blamed Iran-backed groups for carrying out multiple attacks in Iraq.

Trump had said the death of a U.S. contractor would be a red line and provoke U.S. escalation in Iraq. The December 2019 killing of a U.S. civilian contractor in a rocket attack in Kirkuk sparked a tit-for-tat fight on Iraqi soil that culminated in the U.S. killing of Iranian commander Soleimani and brought Iraq to the brink of a proxy war.

U.S. forces have been significantly reduced in Iraq to 2,500 personnel and no longer partake in combat missions with Iraqi forces in ongoing operations against the Islamic State group.

A Mankato man is accused of showing up at a woman’s business and threatening to kill her, 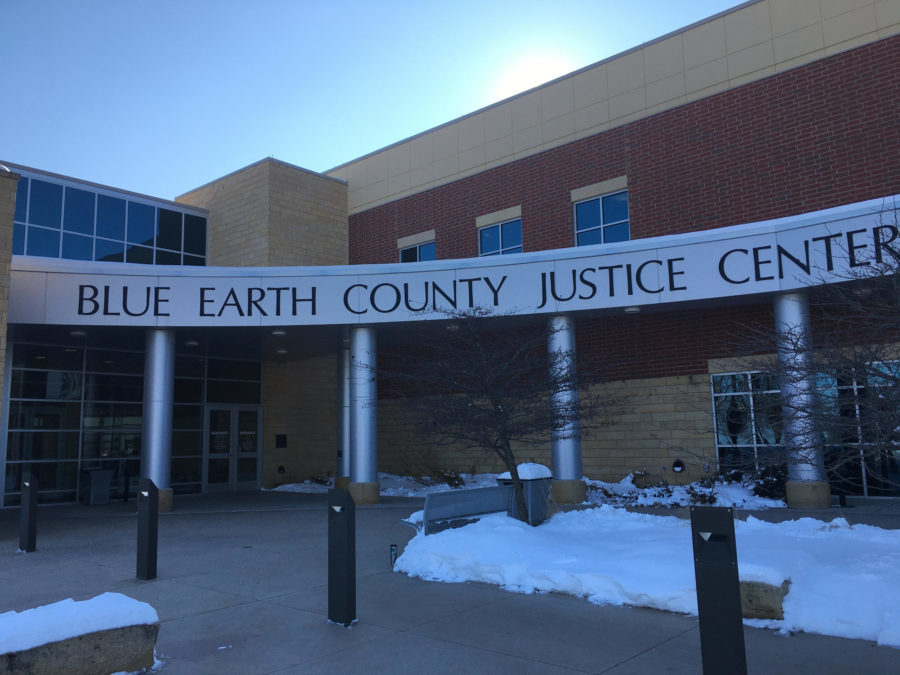 A Mankato man is accused of showing up at a woman’s business and threatening to kill her, years after he apparently stabbed her.

A criminal complaint says Knutson showed up unexpectedly at a woman’s place of business in Dec 2020.  The doors were locked, and Knutson allegedly banged the door with his fists, saying “bitch I’m going to kill you.”

The woman’s daughter recorded the incident on video, says the complaint.  Investigators reviewed the video and noted the suspect appeared to be Janak.  Police say he appeared upset and threatening.

The victim told police Knutson stabbed her many years ago, and continues to show up at her business, and sends texts.

The complaint says the victim has sought two restraining orders against Knutson; the first was dropped; the second had been approved that day, but hadn’t been served.

Knutson refused to answer the door when police stopped at his home, says the complaint. In a phone call with police, he said nothing had happened involving the victim the day the incident at her business occurred.

Knutson has multiple prior convictions, including felony domestic assault in Ramsey County, and a more recent order for protection violation – a felony – in May 2014.

The deadline for fish houses to be removed from Minnesota waterways is near, and that includes the 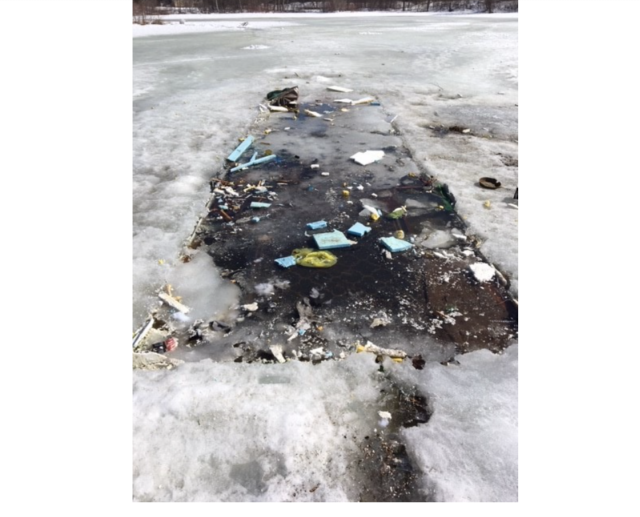 The deadline for fish houses to be removed from Minnesota waterways is near, and that includes the trash!

Fish houses must be removed by the end of day, Monday, March 1 in the southern two-thirds of the state.

The Minnesota Department of Natural Resources is also reminding outdoorsmen to leave only the impression of the fish house left on the ice.  “Everything else is litter,” says the DNR.

Howe also reminded anglers they are not allowed to store fish houses on public access.   But as long as the deadline is observed, temporarily leaving a house on the ice adjacent to the public access is okay. 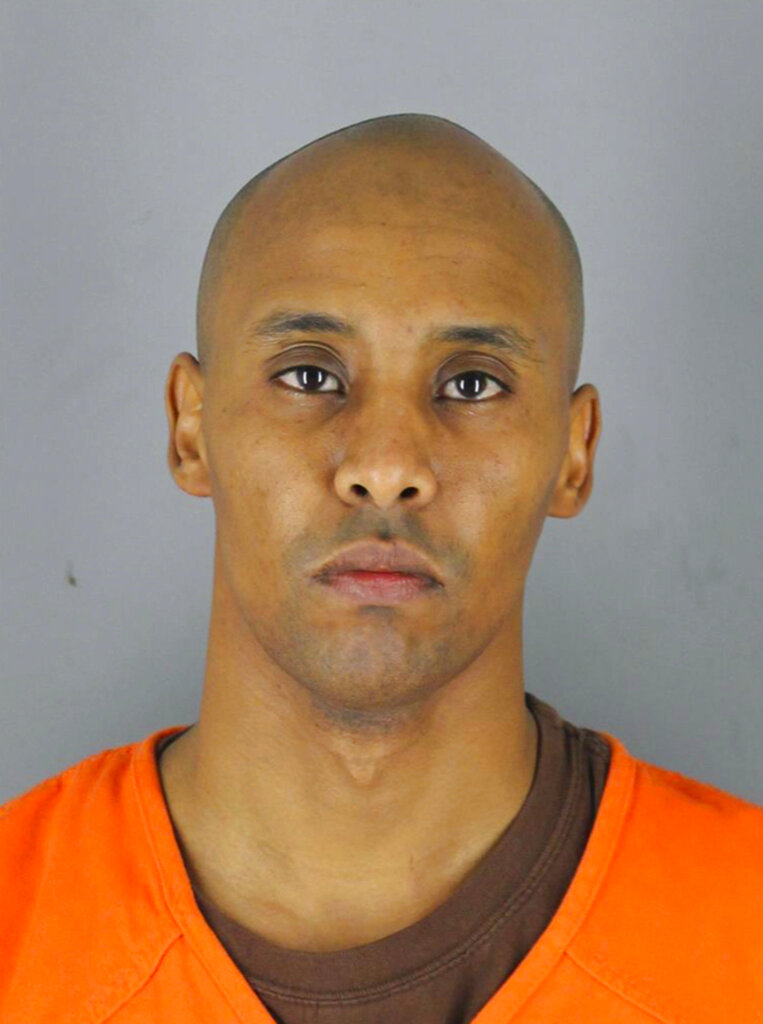 MINNEAPOLIS (AP) — The former Minneapolis police officer convicted of third-degree murder in the 2017 fatal shooting of an Australian woman is asking the Minnesota Supreme Court to take his case.

The issue could have implications in the upcoming trial of former Minneapolis officer Derek Chauvin, as prosecutors seek to reinstate a third-degree murder charge in the death of George Floyd.

Time and Date Calculator.A useful time and date calculator. Calculate how many days between dates. Use our free timezone calculator to find any dates.

A free to use stopwatch and timer with laps and notifications.

Use our free tip calculator to easily find how much to tip every time you are in a restaurant or shop.

123Answers.com is your one stop shop for all game answers and cheats. We offer a wide variety of game solutions for the most popular games on both iOS and Android platforms.